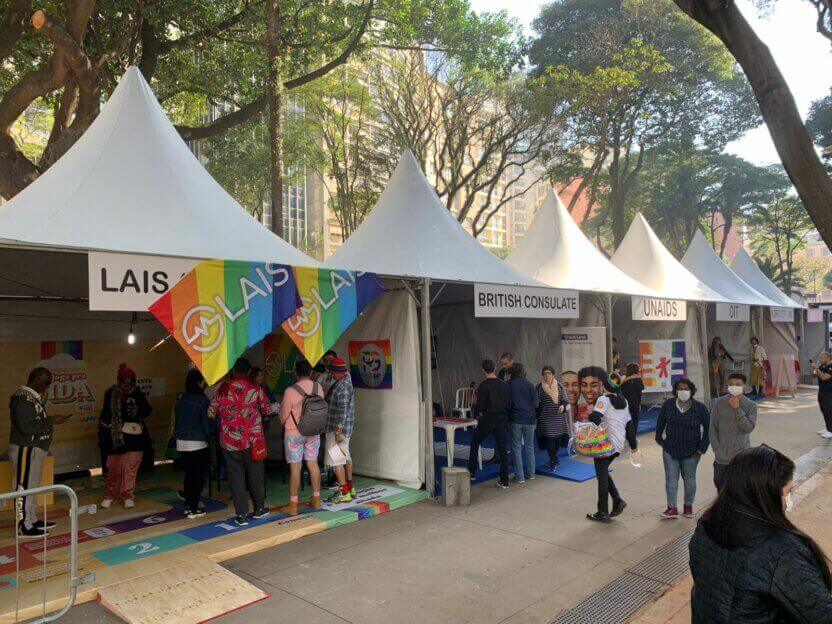 To talk about the importance of prevention, testing and treatment for syphilis. This was the work developed by researchers from the Syphilis No Project within the Diversity Fair, promoted in São Paulo, during last Thursday, the 16th. The Syphilis No Project is a promotion of the Laboratory for Technological Innovation in Health (LAIS/UFRN) in partnership with the Ministry of Health and the Pan American Health Organization (PAHO). The participation of LAIS in the Diversity Fair was a joint action with the Gay Network of Brazil with the objective of alerting about the confrontation of syphilis.

Throughout the day, several actions were developed with the visitors of the fair, with the distribution of condoms, male and female, with guidance on the importance of its correct use as a way to prevent syphilis. 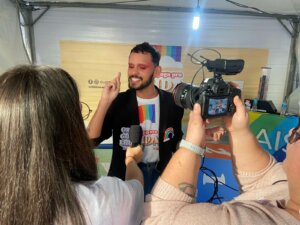 The researchers gave orientation about the STI symptoms, the importance of testing and treatment, highlighting the fact that the public health system offers all the necessary follow-up for people who test positive. Among the people who visited the booth was Milena da Silva. At the age of 20, Milena has already been diagnosed with syphilis during the pregnancy of her son, who is now four years old.

“At the time I went to the clinic for prenatal care and they found out I was sick,” she says, who was working during the Diversity Fair. Milena says that, thanks to the test, she and her husband were able to undergo treatment, and the baby was born healthy. “He still follows up at the clinic, but he is fine. He doesn’t have any problems”.

The Diversity Fair had other important institutional participations. LAIS was joined by the International Labor Organization, UNAIDS – the Joint United Nations Programme on HIV/AIDS, and representatives of the Federal Government.

Communication
With actions directed to the participants of the Fair, the Game of Life was set up, a kind of board game where the participant would throw the dice and go through several warning messages about care and prevention of syphilis.

Another action directed to communication was the presence of influencer Rafael Dumaresq, known on social networks and for his work with podcasts. Dumaresq talked to visitors, drawing attention to the theme that was worked on during the Fair. He also recorded several videos for social networks, promoting the need to take care of one’s body. “Only by taking care of ourselves will we be a stronger community.”

Over-reporting of congenital syphilis masks the scenario in Brazil

More than 97% of the reported cases of congenital syphilis in Rio Grande do Norte present some kind of inconsistency or inadequacy, which...

LAIS promotes I National Seminar on Research and Innovation in Natal

By Jordana Vieira It will take place on December 5th and 6th, at the Holiday Inn Hotel, in Natal, the First National Research and...

Event took place at the headquarters of the research center of the Portuguese University from 14 to 15 January In partnership with the...

By Jordana Vieira - LAIS/UFRN Communication Advisor Once again, the work developed by the Laboratory for Technological Innovation in...