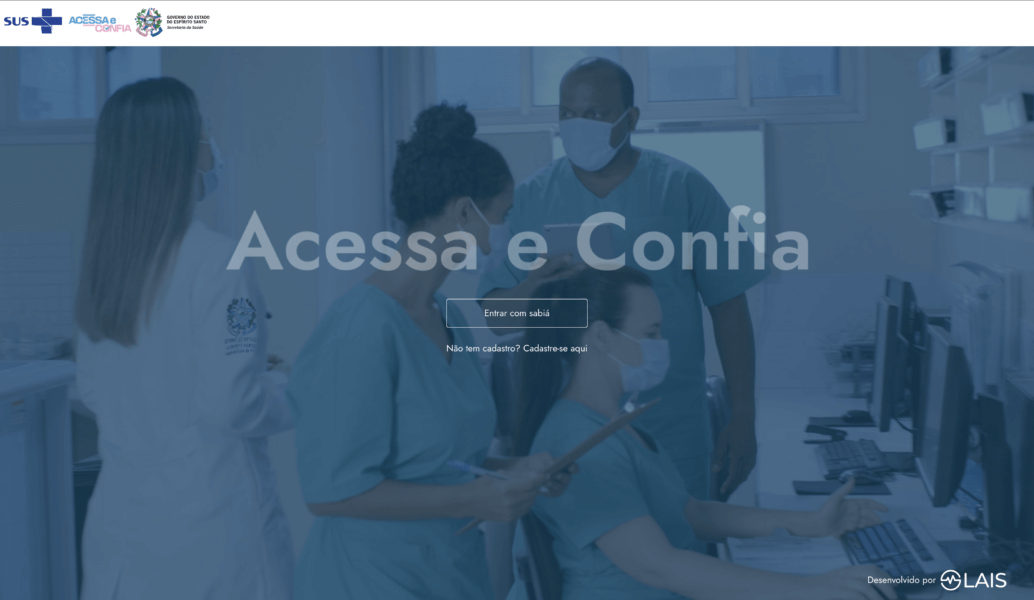 A partnership between the Laboratory for Technological Innovation in Health (LAIS/UFRN) and the Espírito Santo State Government has transformed into public policy the “Acessa e Confia” platform, a tool used by Primary Health Care and Specialized Care professionals to serve users of the Unified Health System (SUS) in Espírito Santo.

The system was developed by LAIS and will be made available free of charge to the municipalities as of July. Among the benefits provided, two points stand out: the possibility of telemedicine in all of the state’s territories and the Net Promoter Score (NPS), a methodology responsible for measuring patient satisfaction with the service provided. This is the first time the system will be implemented on a large scale in SUS, that is, in all levels of care.

The system works in a simple way. For each consultation or outpatient examination carried out in the own or philanthropic network, the patient will receive questions via SMS or Telegram, in which they will rate the service provided from zero to ten and comment on the subject. “The intention is to recognize the user’s experience in its entirety and seek improvement in the points denominated as negative, compare institutions with a similar profile, and strengthen the health policy,” explained the Secretary of Health of Espírito Santo, Nésio Fernandes.

The secretary also reinforced that the system is only possible with technological incorporation, which came through the partnership with LAIS. Based on the technology used, the system will provide control, integration, monitoring of access flows to care, and, most importantly, greater transparency. “Acessa e Confia was made to meet the needs of both health professionals and patients in Espírito Santo, expanding the population’s access to specialized services. It is worth mentioning that all the municipalities are previously registered in the system,” said Fernandes.

Innovation
The implementation of the “Acessa e Confia” platform ensures the broad access of the entire population to health services with exams and procedures, which are outpatient services, in a pioneering way throughout the Unified Health System. Another great innovation of this platform is the matriciamento with primary care. This means that the regulatory process is now at all levels. “This is an innovation because it allows the population itself to see its position in the queue. Now the patient who is in the Basic Health Unit can be automatically regulated, based on the procedures of the medical care to have exams, to have access to procedures, including access to services in the hospital network,” explained the executive director of LAIS, Professor Ricardo Valentim.

“Beyond the democratization of access to the health service, it is the guarantee of equity in the services, the care for the population in the delivery of the services to which they have a right. It is the promotion of social justice, which guarantees the access of the people who need it most, to exams, procedures, and other health services. Now more modernized through telemedicine and the extension of this regulation process to primary care,” concluded Ricardo Valentim.

By Arthur Barbalho and Bruno Cássio – ASCOM/LAIS Researchers from the Laboratory for Technological Innovation in Health of the...

On the next day 4, the Laboratory for Technological Innovation in Health, (LAIS / UFRN) promotes the debate "Contemporary challenges of...