LAIS and Institute for Healthcare Improvement meet with UFRN chancellor 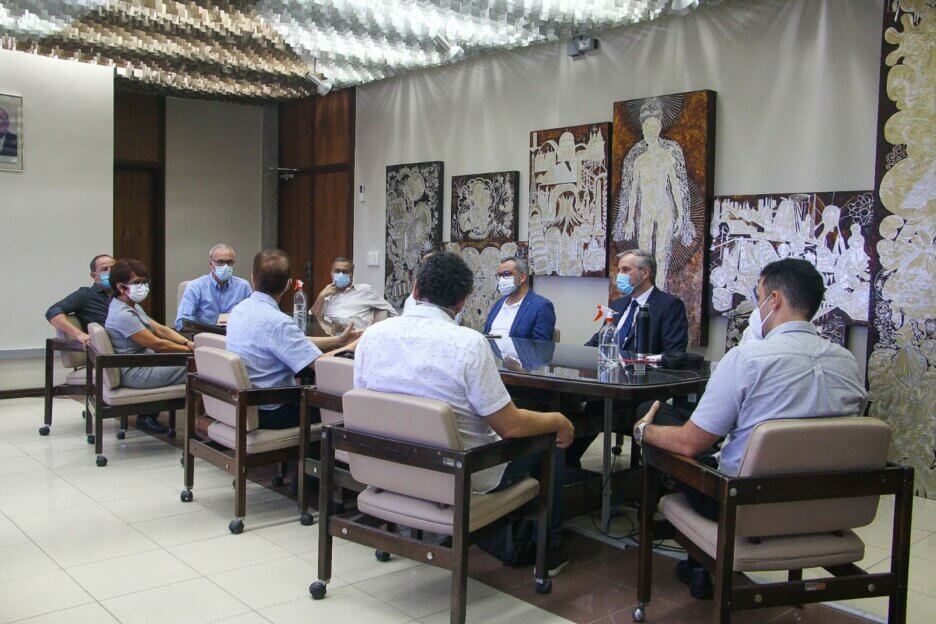 Representatives from the Institute for Healthcare Improvement (IHI) met today (4), in Natal, with researchers from the Laboratory for Technological Innovation in Health at the Federal University of Rio Grande do Norte (LAIS/UFRN). The executive duo is among the participants of the 3rd International Conference on Innovation in Health, which starts this Monday.

The executives Paulo Borem and Fernando Faraco, senior director and director of IHI, respectively, were received by UFRN’s rector, José Daniel Diniz, and by LAIS’s executive director, Ricardo Valentim, in addition to professor Marise Reis, from the Center for Studies in Collective Health (NESC/UFRN), and UFRN’s secretary of International Relations, Márcio Barbosa. Representatives from the Ministry of Health also attended the meeting. On the agenda, the participants discussed the importance of innovation and its impact on health systems.

Professor Valentim recalled the results obtained through the Regula RN platform, developed by the laboratory and which directly impacted the patient regulation process in Rio Grande do Norte. “An efficient regulation is a process that impacts the health promotion process. It is a matter that goes through the control, monitoring, and evaluation of the scenario through regulation,” he highlighted. 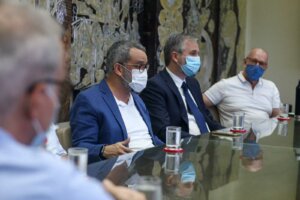 The IHI representatives highlighted that UFRN shares the same values as the institute, so “the university, through centers like LAIS, is very important to promote innovation in the health sector, impacting society,” said Paulo Borem.

The UFRN chancellor highlighted UFRN’s impact on the process of tackling covid-19 in the state as a factor that reinforces UFRN’s role for the state. “We have seen what LAIS has made possible for RN’s public health. These are actions that bring protagonism to the university in situations like this,” Daniel concluded.

The importance of electronic health records is recognized in international article

By Valeria Credidio / LAIS/UFRN Communications Office Technology is a reality in public health in Brazil, with several tools...

In RN, Telehealth is yet another tool against the coronavirus pandemic

Health professionals from the municipality of Natal and the entire metropolitan region of the capital are participating in training to face...

Monitoring rooms for syphilis cases will be implanted in Potiguar municipalities

By Bruno Cássio and Marina Gadelha In October 2021, Natal will be the international capital of Online Learning and should bring...