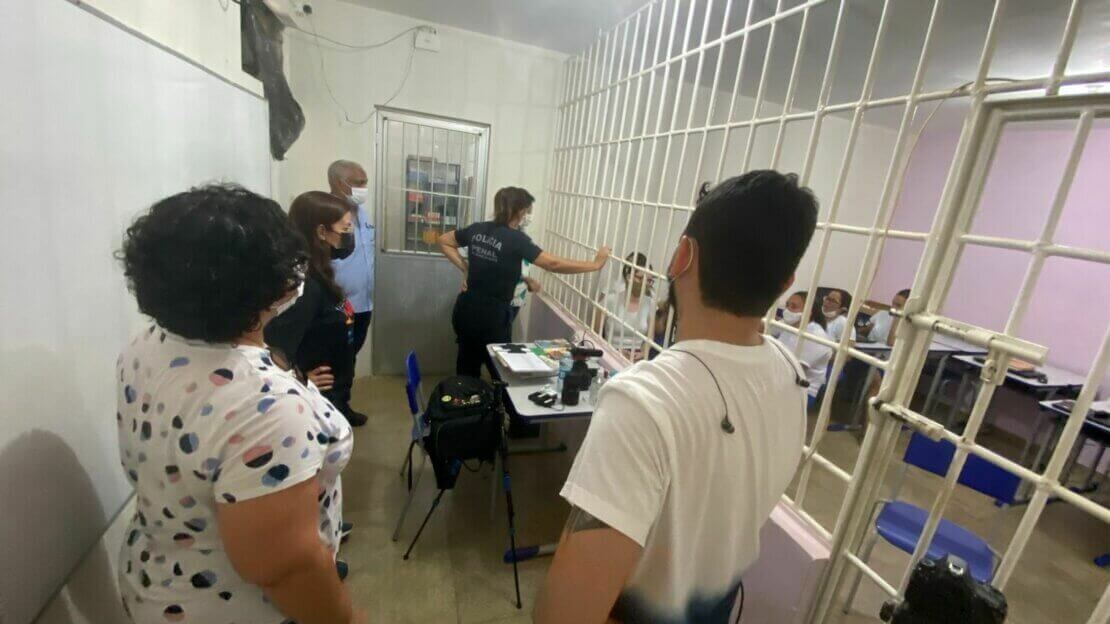 In Brazil alone, more than 680 thousand people are in situation of deprivation of freedom, configuring one of the largest prison populations in the world. At the same time, the needs of this population transform the prison system into a public health emergency, with high rates of diseases, including sexually transmitted infections.

As a way to face the problem, the course “Health Care for People Deprived of Liberty” is available at the Virtual Learning Environment of the Unified Health System (AVASUS). The learning track is authored by a group of researchers from the Technological Innovation in Health Laboratory (LAIS/UFRN), and composed of 60-hour self-instructional modules, which were all designed to promote integrated and accessible knowledge for human formation in health. In a little more than ten months on the air, 19 thousand students have already taken the course.

According to Janaína Rodrigues Valentim, one of the authors of the publication, the resource is unprecedented in Brazil and also the world, enabling the formation of the person deprived of freedom, the criminal police officer, and the health professionals who work in the prison environment. “The learning trail ‘Beyond the Walls’ was entirely designed to promote health education with a humanitarian view of protecting human rights, bringing issues that are guarantees of those deprived of freedom,” argued the researcher.

Recognition
The first results of the work done by the researchers are being acknowledged by the scientific community. The most recent example is the article “The Relevance of Mass Health Education in the Brazilian Prison System: The Course ‘Health Care for People Deprived of Liberty’ and its Impacts”, published in Frontiers in Public Health.

Besides LAIS authors, the article has the participation of researchers from the University of Coimbra and Open University, both from Portugal, and a representative of the International Council for Open and Distance Education, located in Norway.

As the article points out, the course has enabled the development of a massive training model for several health professionals in all levels of care and regions of Brazil. The article also highlights the extension of the Brazilian territory and the number of health professionals who have access to quality training.

In its conception, the training track takes into account the Sustainable Development Goals (SDGs), recommended by the United Nations Agenda 2030. Thus, all the work developed is focused not only inside the prisons, but throughout society.  For LAIS executive director Ricardo Valentim, the publication of the article reinforces this aspect, demonstrating the impact of health training for social transformation. “Caring for the health of the prison is also caring for the health of the community,” he emphasized.

About Frontiers in Public Health
It is an open access multidisciplinary journal that is published online. The journal covers occupational, mental and reproductive health, social medicine and policy, epidemiology, rehabilitation, obesity, family and social issues, quality of life, and public health education and promotion

Learn more about the publication
The Relevance of Mass Health Education in the Brazilian Prison System: The Course “Health Care for People Deprived of Liberty” and its Impacts

How to cite the article:

Combining technology and information is always a positive action for the well-being of people. These two weapons are fundamental in any...