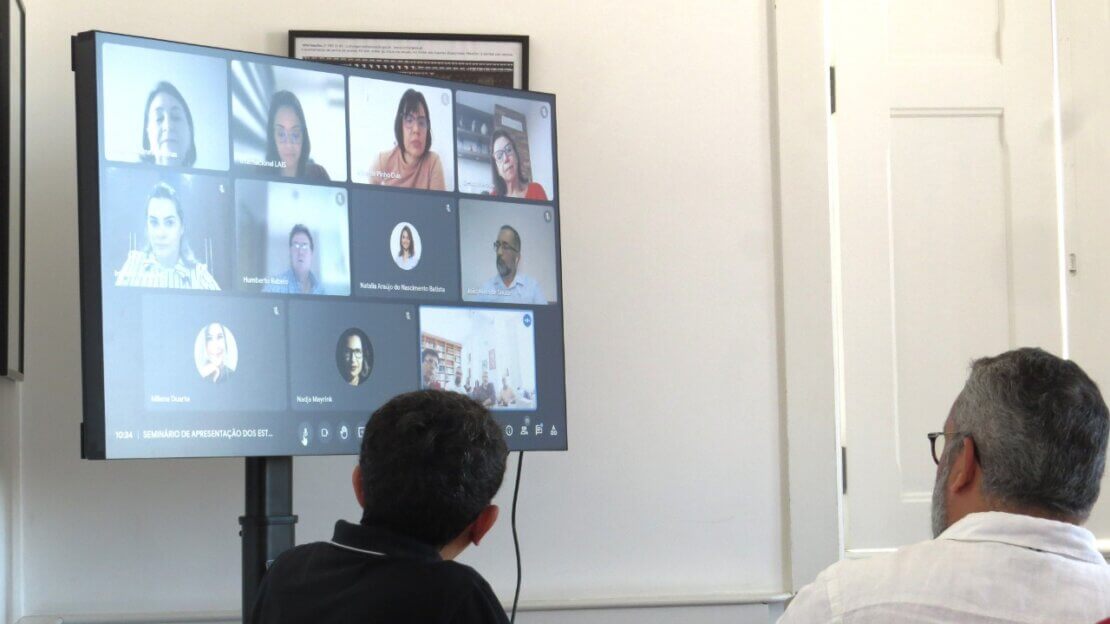 The headquarters of the Center for Interdisciplinary Studies of the 20th Century (CEIS20), at the University of Coimbra, Portugal, received, on this Wednesday (06), the “Seminar of Presentation of Doctoral Studies of the Projects ‘Syphilis No’ and revELA”, a hybrid event that connected researchers from Brazil and the Portuguese university to discuss the progress of research and the schedule for defense of theses.

Eight researchers, six of them with investigations linked to the “Syphilis No” Project and two to revELA, participated in the presentations, which lasted ten minutes each. During the explanations, the executive director of LAIS/UFRN, Ricardo Valentim, the researchers from the Laboratory, Carlos Alberto Oliveira, Juciano Lacerda and Marquiony Santos, and the professor from the University of Coimbra and CEIS20 researcher, Luís Alcoforado, both present in Coimbra, made some interventions to indicate possible improvements. 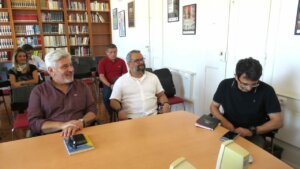 For Ricardo Valentim, the quality of the works that will be defended in the doctoral juries, in this partnership with the University of Coimbra, draws attention, mainly, for the confirmation, based on scientific data, that the effort made so far has transformed realities: “we are delivering robust studies, with information that show, in the case of ‘Syphilis No’, for example, how the public health policy was influenced by this project and syphilis became part of the work agenda of municipal and state health managers”.

It is estimated that the defenses will begin to be made in December 2022, but the unfolding of these researches should continue for a longer period of time. Many of them will originate scientific articles and will be suggested as references to support changes in treatment protocols and patient care, both for syphilis and amyotrophic lateral sclerosis, in the Unified Health System.

According to Luís Alcoforado, from the University of Coimbra, who supervises part of the theses with themes linked to Continuing Education in Health: “here, we have the real expectation of having very significant contributions, not only for the universe of knowledge, but also for the transformation of some professional practices in health”. Besides Health Education, themes such as epidemiological surveillance, educommunication, health management, treatment, and prevention are approached by the researchers in their theses.

By Bruno Cássio - Ascom LAIS The expertise of the Technological Innovation in Health Laboratory (LAIS/UFRN) in the formulation of...

Caring for those who care