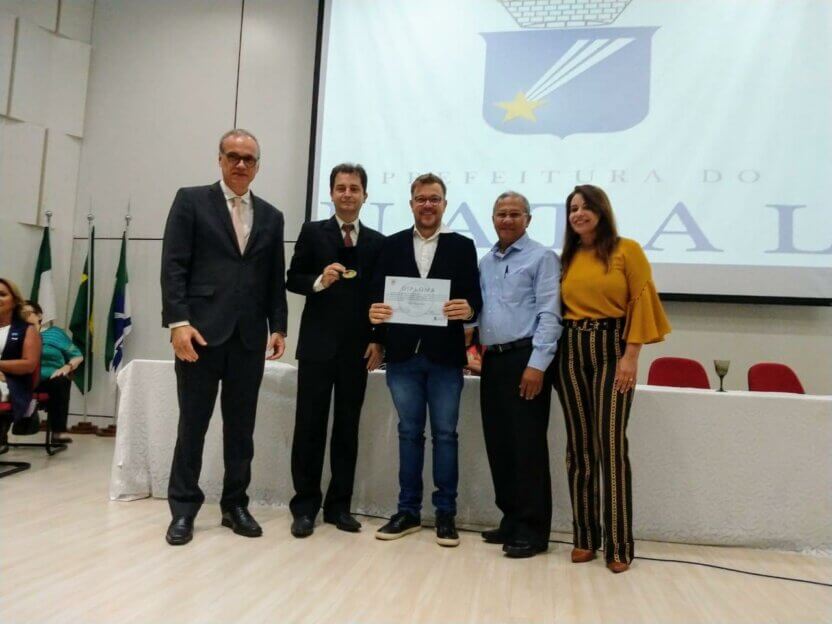 LAIS professor and researcher Kênio Costa was honored with the Padre Sabino Gentille Medal, an honor granted by the Municipal Council of the Elderly of Natal. The award is a recognition by the Municipal Executive for people or institutions whose works or activities have contributed or stood out in the context of aging.

Professor Kênio is also director of the Instituto do Envelhecer at UFRN, a unit created in 2018 to consolidate discussions on the theme of aging in the educational institution, focusing on improving the quality of life of the elderly, supporting teaching activities, research and extension. Among the main actions already developed by the institution are the training of technicians and civil servants, in addition to the external public, as well as partnerships with society bodies aligned with the theme.

In addition to professor Kênio Costa, the dean of UFRN, professor José Daniel Diniz was among those honored at the occasion.

By Arthur Barbalho The coordinator of the Laboratory of Technological Innovation in Health at the Federal University of Rio Grande do...

By Bruno Cássio - Ascom LAIS Researchers from UFRN's Technological Innovation in Health Laboratory made the most of their stay in...

On the morning of Tuesday (10), professors Jose Luis Garrido and Jose Manuel Pérez, both from the University of Granada, Spain, visited...