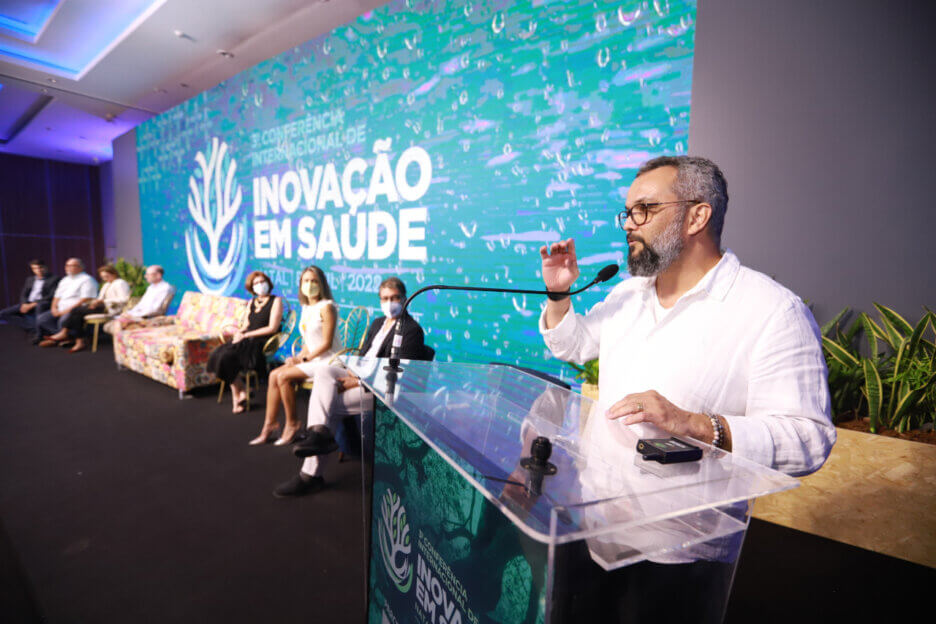 In all, there were 10 lectures, six debate panels and two coffees with ideas with the participation of Brazilian researchers from several states, and from seven other countries, including Portugal and the United States. This is how the 3rd. International Health Innovation Conference, which took place between April 4th and 7th, in Natal. THE 3RD. CIIS had more than a thousand registered participants, who followed the event in person or virtually, through a partnership between LAIS, the event’s promoter, and the news website g1 RN.

The closing ceremony counted with the presence of authorities such as the distance education secretary, from UFRN, professor Carmem Rego. Also participating in the ceremony were representatives from the Ministry of Health, Dr. Angélica Espinosa, missionary Rafael Silva, Gabriel Listovsky, regional coordinator of PAHO’s Virtual Health Campus; Olga Ramírez, from the National University of Colombia; Carlos Alberto Araújo, manager of teaching and research at Onofre Lopes Hospital (HUOL/UFRN), and the director of the Biomedical Engineering course at UFRN and LAIS researcher, Danilo Nagem.

In the opportunity, LAIS’ executive director, professor Ricardo Valentim, thanked everyone present and everyone in the organization, who made the event happen, bringing together students, professors and researchers from UFRN and other national and international institutions.

The other components of the closing table also expressed their gratitude for participating in the 3rd. CIIS. For Colombian professor, Olga Ramírez, the opportunity to be closer to Brazilian researchers will be of great value to teachers and students and to the communities in Colombia.

“It is a privilege to be here and I am sure that the three spheres united can do much more,” said Dr. Angélica Espinosa. Finishing the solemnity, Professor Carmem Rego reaffirmed UFRN’s pride in having LAIS and the importance of the Conference, the first major post-pandemic event. “We had to reinvent ourselves, but we arrive at this moment with the feeling of gratitude and that education is the basis of everything, with human formation in health and resilience. Education transforms people and people transform the world,” recalled Professor Carmem, quoting Paulo Freire.

By Bruno Cássio - LAIS/UFRN Communication Department A committee of researchers from the Laboratory for Technological Innovation in...

By Arthur Barbalho - Ascom/LAIS The international cooperation agenda of the Technological Innovation in Health Laboratory (LAIS/UFRN),...

A shower of dreams to improve the quality of health

By Valéria Credidio (Ascom/LAIS) In papers thrown up high, the participants of the lecture IHI's Successful Experiences in Total...

By Bruno Cássio - ASCOM/LAIS      The phrase "We make science an instrument of love of neighbor" is stamped in the hallway of the...