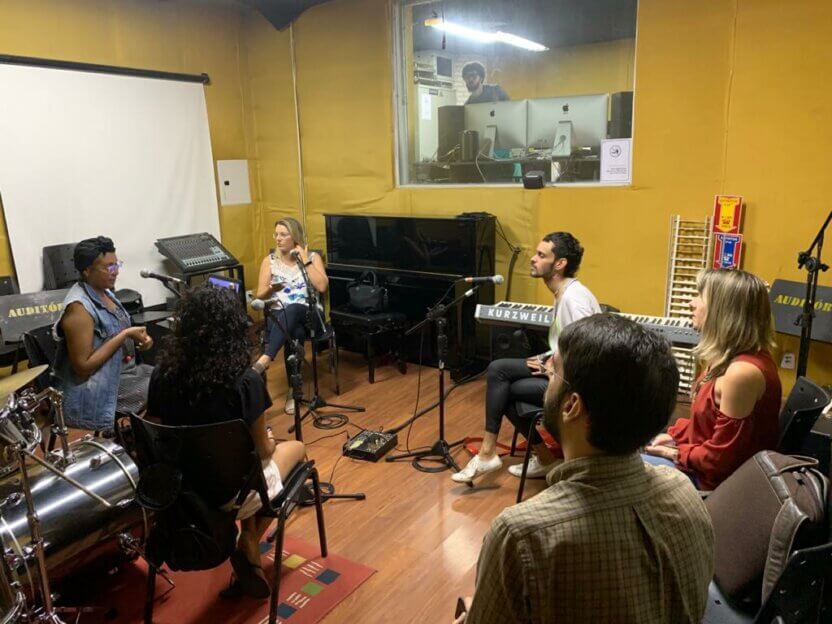 Researchers from the Laboratory of Technological Innovation in Health at the Federal University of Rio Grande do Norte (LAIS / UFRN) are among the winners of the public call of the Ministry of Health (MS) and the Pan American Health Organization / World Health Organization (PAHO) / WHO), for the production of communication materials on syphilis prevention for broadcast on Brazilian radio stations. The result with the nominees was released last Tuesday (7).

LAIS was competing with the production of researchers Deyse Moura (who is also a doctoral student in Digital Media-Art, in cooperation with UFRN with the Open University of Portugal), Paula Morena, Paulo Guerra and Ricardo do Carmo (students of the Professional Master’s Program Graduate Program in Health Management and Innovation – PPgGIS). The group also counted on the participation of Paulo Santiago, a servant at the School of Music and a master’s student in the Postgraduate Program in Music (PPGMUS), who contributed to the capture of the program’s voices. The modality chosen by the group to participate in the contest was the podcast.

Of the 51 contents received in the initial phase, 16 finalists from 15 educational institutions were selected for the third phase. Of these, the six best contents were elected by the jury of opinion leaders. The public call was attended by 18 states, 35 municipalities and 44 higher and higher education institutions, public and private, from all regions of the country. In addition to a podcast, parts could be presented in spot and report format.

“We chose a podcast because it was the product that I had already decided to work as a product of my master’s degree. Thus, the contest emerged as an excellent opportunity to follow the entire production process and the team, as a whole, contributed to this construction ”, comments Paula Morena.

Deyse Moura, who is also a journalist and announcer, produced the guest casting, the script and presented the podcast. “I really believe in this format, which is the new way of listening to the radio and has everything to grow even more. Having participated in the contest and contributed content that will help inform syphilis in a technical and light way is certainly our greatest return ”, reinforces the researcher.

Disclosure
According to the MS and PAHO / WHO, in view of the COVID-19 pandemic, the plan for the dissemination of the six winning contents will be defined later. The winners will also be awarded with the participation, with all expenses paid, in the 12th Congress of HIV / AIDS and the 5th Congress of Viral Hepatitis (1st Congress of STI), which were scheduled on July 20 and 23, 2020, in Belém, Pará, but which have also been postponed due to the international public health emergency and will have new dates announced in the future.

There will be wide dissemination of the 16 finalist works, with special emphasis on the six winners in the spot, report and podcast categories, at the PAHO / WHO Good Practice Laboratory, hosted on the SUS Management Innovation Portal.

By Dênia Cruz/ Heloisa Lemos - Ascom/LAIS Started on Tuesday (22) the seminar "Immersion in the auditing platform of SUS". The event,...