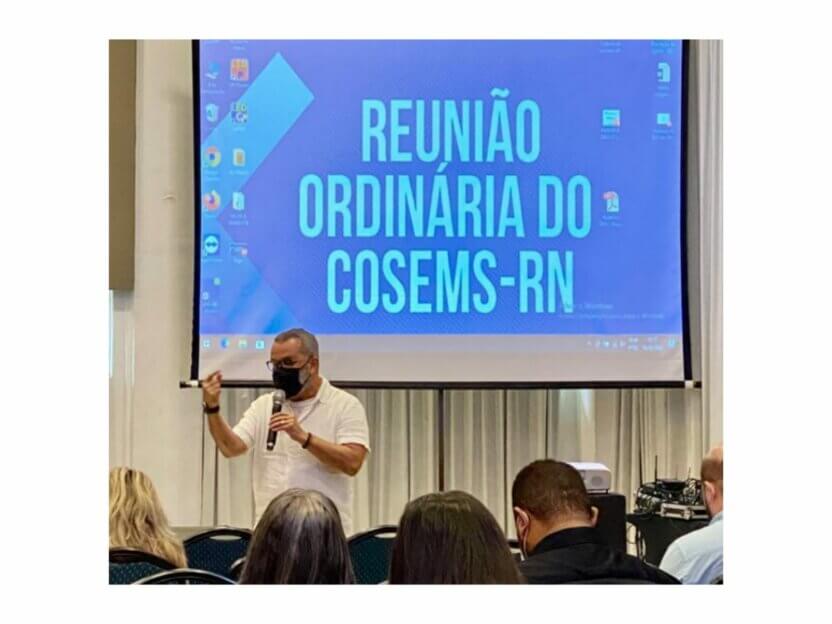 The inconsistency of syphilis notifications in Brazil and specifically in Rio Grande do Norte was one of the topics at the ordinary meeting of the Council of Municipal Health Secretaries of RN, held on the morning of March 16. The presentation of the data was the responsibility of researchers from the Technological Innovation in Health Laboratory (LAIS/UFRN), participants of the Syphilis No Project.

The data presented are part of the report “INCONSISTENCES IN THE NOTIFICATIONS OF CONGENIUS SYPHILIS: AN AN ANALYSIS BASED ON SINAN, CONFIRMED BY CLINICAL, LABORATORY AND EPIDEMIOLOGICAL FINDINGS”, produced based on the results of researches of the Project “Syphilis No”, carried out by LAIS in partnership with the Ministry of Health and the Pan-American Health Organization (PAHO).

According to the document, more than 97% of the notified cases of congenital syphilis in the state of Potiguar present some kind of inconsistency or inadequacy, which represents an over-notification of the infection that is transmitted to the baby, by the mother, during pregnancy.

The document presents even more serious data: all the children who participated in this study and were notified with congenital syphilis in Natal/RN were negative (non-reactive). The analyzed data were collected in the Sistema de Informação de Agravos de Notificação (SINAN) of the Secretaria de Vigilância em Saúde (SVS) of the Ministério da Saúde (MS), considered the period from 2015 to 2020. “However, what stands out the most is that only 3.3% of these children, in fact had a higher titer than the maternal in at least two dilutions (factors that point to signs of congenital syphilis),” explained the executive director of LAIS, Professor Ricardo Valentim, one of the authors of the report.

In face of the data expositions made by the LAIS researchers, there was an agreement, on the part of the municipal health secretaries, that there is a discrepancy in the data currently existing in Sinan, which harms the general view of the epidemiological scenario of syphilis in Brazil and in RN, making it difficult for decision making and the management of adequate public policies. A new meeting will be scheduled, between LAIS researchers and the secretaries, to detail the information and seek suggestions for Sinan.

For the president of Cosems/RN, Maria Eliza Soares, the presentation of the document prepared by the researchers from Rio Grande do Norte was of great value, because it brings important data for health managers. “The data that were being released did not show the reality experienced in the municipalities, leaving the management as the villain in the work process,” warned the president of the Council, highlighting the quality of prenatal care performed by municipalities, which has been proven through the birth of healthy children. “As a representative of the municipal health managers of Rio Grande do Norte, I was delighted with the wealth of information presented, which meets our needs in this process of over-notification of congenital syphilis. We need a system that not only notifies, but that we can investigate and conclude the whole process with concrete and real results”, she concluded.

A shower of dreams to improve the quality of health

By Valéria Credidio (Ascom/LAIS) In papers thrown up high, the participants of the lecture IHI's Successful Experiences in Total...

The Laboratory of Technological Innovation in Health of the Federal University of Rio Grande do Norte (LAIS / UFRN), in partnership with...

Panel debates the importance of innovation in human training in health

By Jordana Vieira / Ascom LAIS Aiming to discuss the impact of education on health, the panel "Health Education: the impact of...