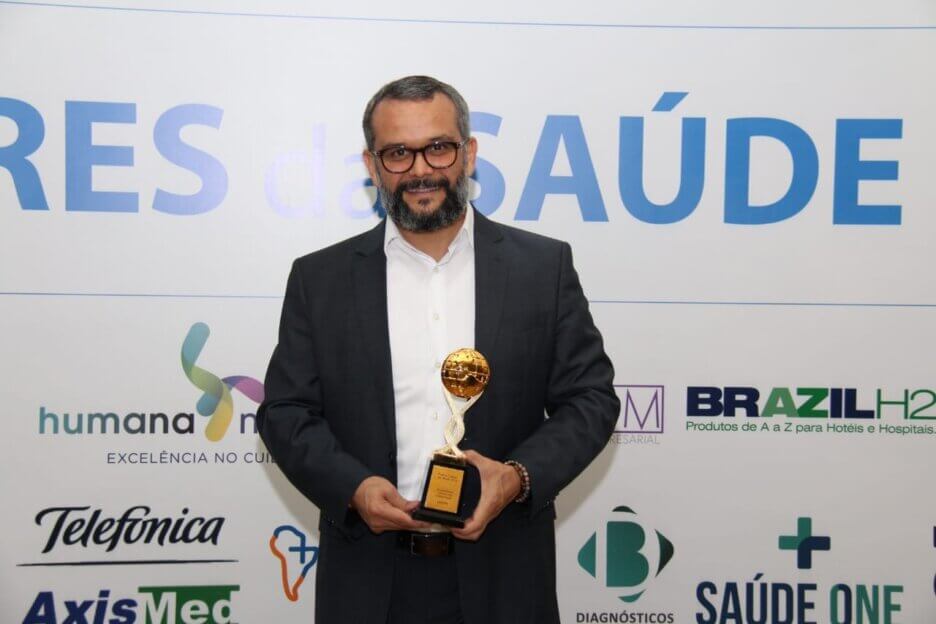 Professor Ricardo Valentim was one of the honorees in the award “Leaders of Health”, held this Monday (9) in São Paulo

The coordinator of the Health Technological Innovation Laboratory of the Federal University of Rio Grande do Noret (LAIS / UFRN), Professor Ricardo Valentim, was one of the winners of last night in the “Leaders of Health” award, held last Monday. fair (9) in São Paulo. UFRN was the only educational institution among the honorees of the night.

The award was held at the Maksoud Plaza Hotel, and brought together industry representatives, managers and professionals working in public and private health in Brazil. The “Health Leaders” is the award that closes the industry calendar annually.

Professor Ricardo Valentim spoke about the importance of the award, highlighting the presence of LAIS among the recipients. “I feel very honored to be here representing the entire team that makes the lab. This is a prize that is not just mine, but all the researchers, teachers and scholars who make LAIS. It is a recognition of the work that guides our actions, which is to make science an instrument of love for others, ”he said.

Valentim also commented on the fact that UFRN is the only educational institution, whether public or private, among the winners. For him, the fact represents the highlight that the university achieved in the issue of innovation in the national scenario. “For the university this award is very important, because it shows industry, the productive sector and society in general around the country that we do cutting-edge science at our UFRN. Science that impacts and helps transform people’s lives, ”he said.

LAIS researchers participate in “Be Your Boss” event in Morocco

By Cintia da Hora During February 25  and March 1, researchers Rodrigo Silva and José Arilton, from the Laboratory of Technological...

By Dênia Cruz - Ascom/LAIS On Tuesday morning, one of the panels of the 3rd International Health Innovation Conference debated the...