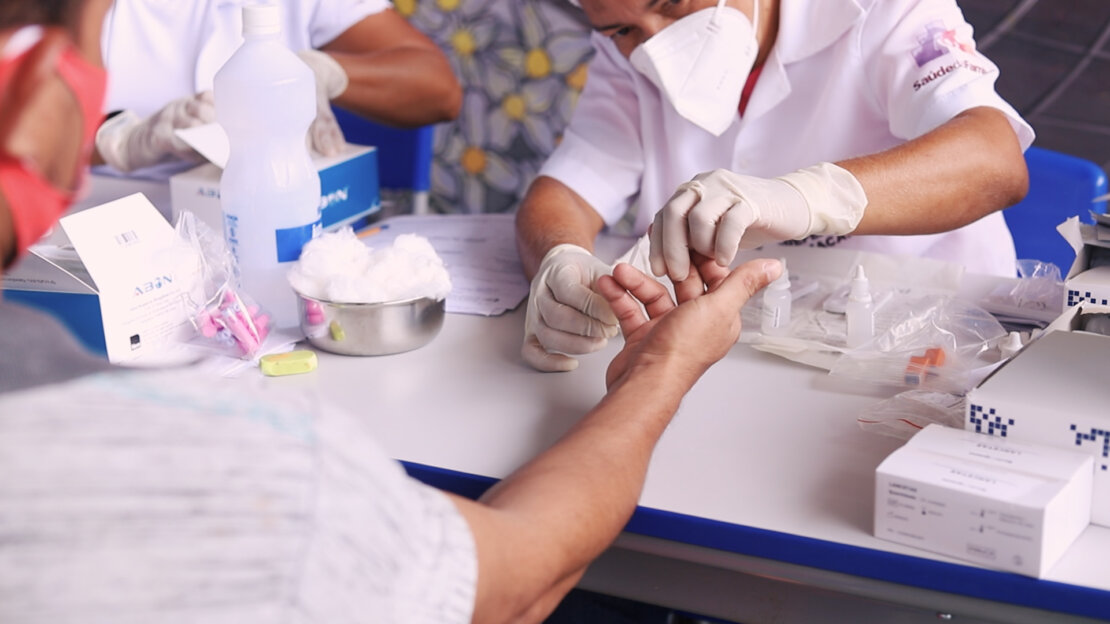 Brazil is a reference in the implementation of actions to fight syphilis, based on the adoption of effective public policies to reduce cases of the infection, adapting to the strategies provided by the World Health Organization (WHO) in 2016, and ratified by the Pan American Health Organization (PAHO) in 2017.  The data become even more relevant when we observe that syphilis is the most common sexually transmitted infection (STI) on the planet, with an increasing tendency worldwide, according to data released by the WHO in 2021. The information is one of the results presented in the scientific article Syphilis response policies and their assessments: a scoping review, published in Frontiers Public Health, an international journal of relevance in the health field. The article contains part of Milena Duarte Almeida’s doctoral research, which is being carried out within the “Syphilis No” Project, promoted by the Laboratory for Technological Innovation in Health (LAIS/UFRN), in partnership with the Ministry of Health, WHO, and PAHO.

The research was conducted using the scoping review methodology, which consists of synthesizing research evidence by mapping the existing literature on a given subject. In this way, the authors searched for papers on health policies in response to syphilis in Pubmed, Scopus, ScienceDirect, and EBSCO by CINAHL, as well as in official documents from international health organizations.

For the data survey, the period from January 1, 2016 to August 14, 2022 was considered, resulting in a total of 880 articles addressing “Syphilis,” “Health Policy,” and “Health Policies” combined. “Our findings suggest that Brazil and Peru presented the greatest adequacy of the strategies provided by WHO in 2016 and PAHO, aiming for the goals set out in the UN’s Agenda 2030 for sustainable development,” Milena explained.

One of the main points highlighted during the research is the fact that Brazil and the Americas region have the highest concentration of publications and adherence to the WHO proposals in a comprehensive manner, especially the elimination mother-to-child transmission (MTCT), in accordance with the Sustainable Development Goals regarding the 2030 Agenda, as emphasized by the main author of the article. The mother-to-child transmission of syphilis occurs between the pregnant and the baby, and can reach rates of 70% to 100% in untreated pregnant and has the potential effects of late abortions, prematurity, fetal death, and neonatal congenital syphilis.

It is important to note that during the investigation no country was found that has shown a comprehensive response to syphilis, observing control or elimination of the infection. “Thus, it is needed to constantly monitor national policies based on detailed studies on the quality of the response, the challenges and the national, regional and global perspectives for disease control until 2030, the year in which the SDGs will be reviewed,” concluded the LAIS researcher.

This Tuesday (17th), there was the first meeting of the committee of academics and specialists that will assist the State Secretariat of...