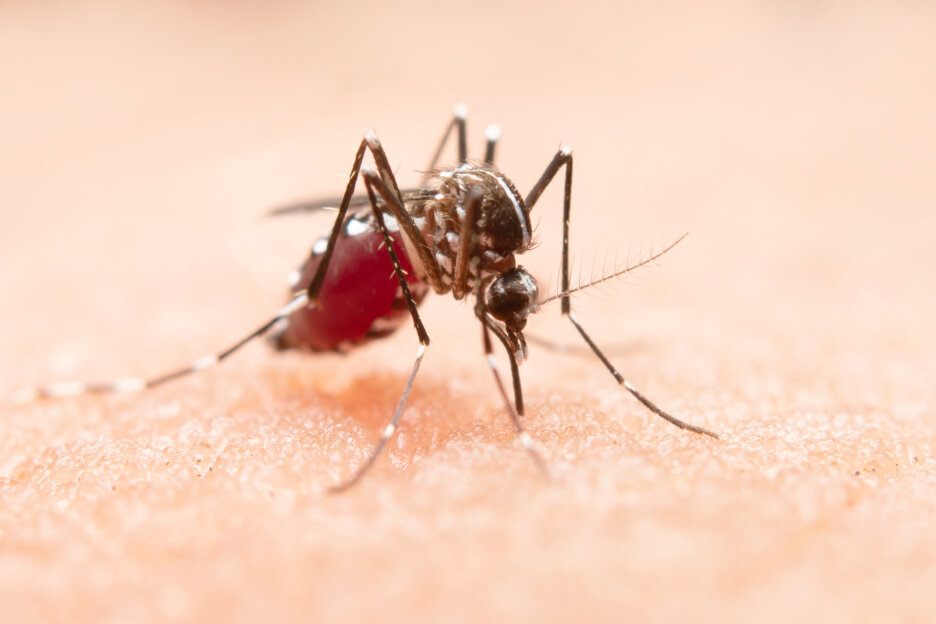 Nearly 400,000 suspected cases of dengue fever were reported in Brazil in the first four months of 2022 alone. The figures, available in the latest epidemiological bulletin from the Ministry of Health, reveal an 85.6% increase in infections by this virus, transmitted by the bite of the Aedes aegypti mosquito, compared to the same period in 2021.

Because it is an old public health problem in Brazil – dengue, and other arboviroses, the issue drew the attention of Brazilian researchers who are looking for viable solutions to combat the mosquito that transmits it. The group of scientists developed a method based on artificial intelligence that analyzed several data sources. The cases and hospitalizations of patients who became ill with dengue fever in the municipality of Natal, capital of Rio Grande do Norte, are examples of these sources.

Among the information collected are data regarding hospital admissions and the number of confirmed cases. However, the greatest innovation of the method employed by scientists, besides artificial intelligence, was the mosquitoes’ eggs.

To conduct the study, traps to collect eggs, known as ovitrampa (which simulate a perfect breeding environment for the Aedes aegypti mosquito), were spread over the four regions of Natal, every 300m², forming a mesh to capture mosquitoes and eggs. “This technique, known as ovitrampa, was implemented in Natal by the then director of the Zoonosis Center of Natal, Alessandre Medeiros (in memorian). The Zoonosis Center of Natal is linked to the Department of Health Surveillance (DVS) of the Municipal Health Secretariat (SMS) of Natal,” explained Ricardo Valentim, director of the Laboratory for Technological Innovation in Health (LAIS/UFRN) and one of the researchers involved in the research.

The article presents the results obtained by researchers who developed an algorithm using artificial intelligence techniques, such as machine learning, that teaches computers to learn certain patterns. A large volume of data accumulated from different sources over a four-year period was used. “The publication is important, because it marks the quality of the research done, which ensures scientific rigor and peer review, an important aspect for global science, in addition to disseminating internationally an important scientific result of scientists from the state of Rio Grande do Norte,” says Ricardo Valentim.

Also according to the director of LAIS, the great innovation of this computational method was the use of mosquito eggs. With this, the algorithm can predict six weeks in advance an imminent outbreak of dengue fever in Natal, even before the first cases occur. “The accuracy of the algorithm is over 90%,” he added. 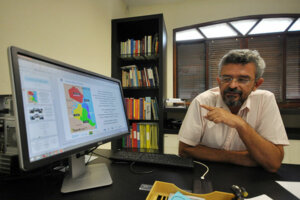 “This scientific finding represents an important milestone, because now the public health authority of the municipal Natal will be able to apply more effective methods of preventing dengue outbreaks in the city, and with this they will be able to avoid illnesses, crowded hospitals and deaths. This was Alessandre’s expectation when he was in charge of the Zoonosis Center of Natal, Alessandre Medeiros: to scientifically validate the method that he helped create in the capital of Natal.”

Expansion
According to the researchers, the method can be replicated to other places in Brazil and also to other tropical countries that experience dengue outbreaks and/or epidemics, materializing as a relevant scientific contribution to global health, enabling improved response from health systems, as well as making systems more sustainable, resilient and responsive to issues related to the problem of dengue, a disease that in recent years has spread rapidly throughout all regions of the Americas. The dengue virus is transmitted by female mosquitoes, mainly of the Aedes aegypti species and, to a lesser extent, the Aedes albopictus species.

These mosquitoes also transmit other diseases, such as chikungunya and zika. Dengue fever is widespread throughout the tropics, with local variations in risk influenced by precipitation, temperature, and rapid unplanned urbanization. In some regions of Brazil, the infection situation is more serious. In the Midwest, the growth compared to last year was 242%. So far, the region has registered 648 cases per 100,000 inhabitants – in second place is the South, with 198 cases per 100,000. Among the five most affected cities, three are in the Center-West: Goiânia (25.1 thousand cases), Brasília (19.2 thousand), and Aparecida de Goiânia (4.6 thousand). The list is completed by Palmas (7.5 thousand), in Tocantins, and Votuporanga (4.7 thousand), in São Paulo. The data are from BBC News Brazil.

Scientist will receive posthumous tribute
The group of scientists from Natal, authors of the article, will pay homage to the research colleague for his important scientific contribution to the country, the National Merit of Innovation in Health in the Confrontation of Arboviroses will be given to the family members and to the Zoonoses Center of Natal for Mr. Alessandre Medeiros.

Alessandre Medeiros passed away in 2021 when the research was still in progress, his dream was to see his work published in a scientific journal of international impact, which unfortunately only materialized after his death.