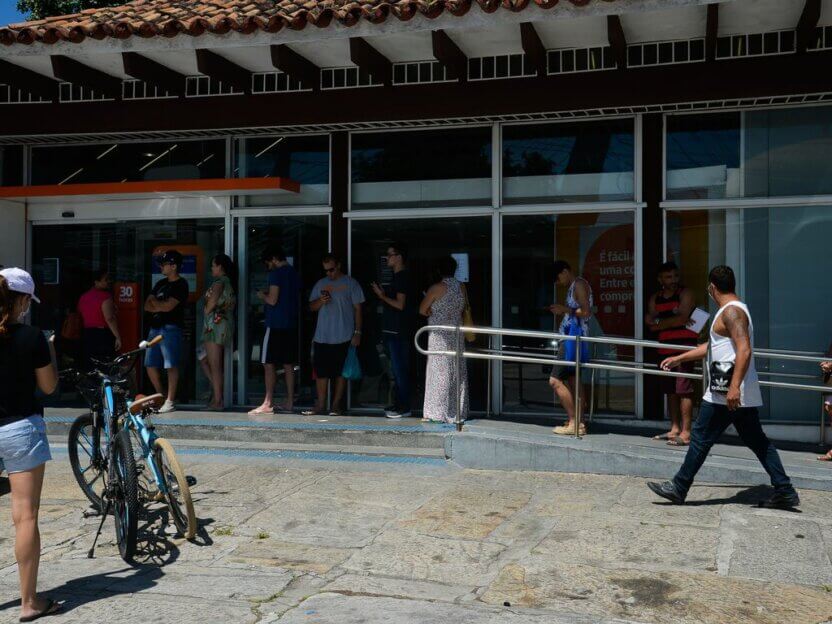 Rio Grande do Norte accounts for 38 deaths by Covid-19, but the number of fatalities could be much higher. If part of the potiguares were not in social isolation, the count could be 63 times higher, accounting for 2,200 deaths. Data on eventual deaths were calculated by the professor at the Physics Department at UFRN, José Dias do Nascimento, using mathematical models. These data have as parameters the date of April 23, taking into account the exponential growth of contagion on a daily basis.

Social isolation has been applied, worldwide, as one of the main tools to face the pandemic. The isolation is based on restricting the traffic of people on the streets, with the closing of commerce, suspension of school activities, leaving only the strictly necessary circulation.

This concept has been emphatically defended by the World Health Organization. In a press conference given during the week, the director-general of WHO reinforced the need for the population to remain in social isolation as the main measure to combat the Covidean pandemic. 19. For Tedros Adhanom Ghebreyesus, this is the only option to defeat the new coronavirus. “It is vital to respect the dignity of others. It is vital that governments remain informed and support isolation. Governments need to guarantee the well-being of people who have lost their income ”, emphasized the general director.

However, isolation in Brazil has not been reaching the percentages necessary for the pandemic to really be contained.

According to scientists, isolation of 70% of the population would be necessary for the epidemiological curve to be contained, reducing the risk of causing a collapse in the health system.

The inloco website shows social isolation throughout Brazil. The average index, calculated on April 23, across the country, is 59.7%. The daily updated map shows that the Federal District is the place where the highest isolation rate is achieved, reaching 64.5% of the population. Next are the states of Pernambuco (62.8%), Ceará (62.7%), and Maranhão (62.5%). In Rio Grande do Norte, the social isolation rate of the population today is 62.2%.

According to José Dias, who is at Harvard University, in the United States, social isolation guaranteed a lower number of deaths among the population of Rio Grande do Sul. “If we hadn’t done anything and the system was running free, today we would have more than two thousand deaths in Rio Grande do Norte alone”.

Another important factor is the expansion of the population that is being contaminated. If, at the beginning of the pandemic in the state, the contamination affected more people with greater financial power – and who theoretically could count on greater support for care with protection and during the disease – now the virus is reaching everyone. This expectation was confirmed, recently, with the first death of a homeless person registered in Natal, confirmed on April 21st.

For the infectologist Marise Reis, professor at the Department of Infectology at UFRN, there is a need to raise awareness among the simplest populations so that these people understand the risk they are taking. “Opening up social isolation when the virus has reached the periphery is extremely dangerous. The periphery residents need to understand that they are at risk ”, she emphasized.

Challenges
But how can society’s participation increase, that isolation rates reach the level of 70% estimated by researchers as a safe index? The answer lies in raising public awareness.

In the opinion of Professor Ângelo Roncalli de Oliveira, a researcher at the Center for Health in Collective Health (NESC / UFRN), detachment has proved to be the best alternative among the “non-pharmacological” strategies to combat the pandemic. The researcher argues that this collective attitude of society not only helps to reduce the number of cases, but prevents the collapse of the health system. For Roncalli, this assumption has an important imperative, since it adds, to an individual disposition, a collective duty. “In other words, my sacrifice is no longer just for my benefit, but for everyone else, which means throwing the principle of otherness into practice”.

As for the success of isolation as a tool to fight the pandemic, the NESC researcher recalls that this is a procedure adopted by all countries that are facing the coronavirus, and that it has the seal of the World Health Organization.

Another important detail about the social isolation strategy is that the time when it must be implemented is crucial. The examples of Italy and Spain are emblematic. For a matter of days, the decision to initiate measures to restrict the circulation of people made the growth curve of cases and deaths uncontrollable. The United States and England have also delayed the implementation of measures and have paid (in fact are paying) a high price.

Finally, Ângelo Roncalli warns of the departure from social isolation. What international experience has shown is that an unplanned and premature exit can be catastrophic. It is necessary that the curve was really flat and that there is evidence that the trend of cases and deaths is declining. “Leaving before the so-called ‘peak’ of the epidemic has yet to occur can create the worst case scenario. And this peak moment is not easy to predict. It is necessary to have a good monitoring system, associated with precise mathematical models, which can balance the incident cases with the response capacity of the health services. In addition, the exit must be planned, as the WHO has insisted, with some sectors gradually returning to normal ”, concludes the researcher at UFRN.

By Valéria Credidio - ASCOM LAIS More than 2.5 million children are born, annually, in Brazil. The survey is from the Brazilian...

Multidisciplinary meeting discusses the use of technology in health, at Natal

1ª International Conference on Technological Innovation in Health from LAIS brings together European and Brazilian researches to...