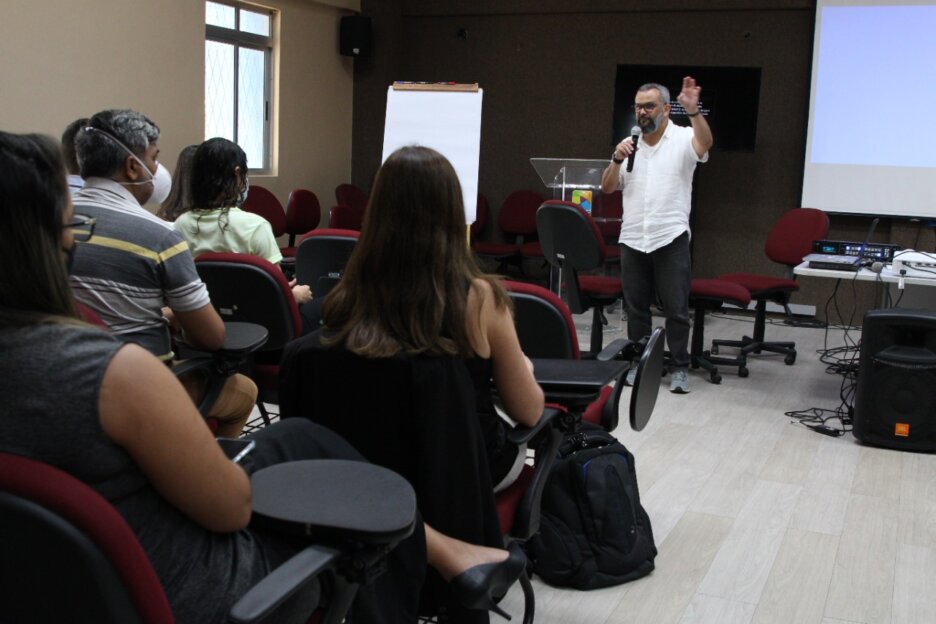 The second part of the seminar “Immersion in the SUS audit platform”, held this Wednesday (23), was marked by discussions about the architecture to be implemented in the development of the SUS audit platform. The debates throughout the day included the participation of partners involved in the project, who proposed solutions and discussed problems identified in the process of building the resource.

The event opened with a speech by the executive director of the Laboratory for Technological Innovation in Health (LAIS/UFRN), Ricardo Valentim. In the occasion, Valentim made a brief presentation of the history of the laboratory since its foundation until the present day. In addition, he showed the laboratory’s expertise in developing systems, such as Regula RN. “This is a platform that was idealized by us, through a request from the Government of Rio Grande do Norte. In partnership, we developed the system and achieved success in its implementation. However, unlike other services of this type, Regula RN is constantly being changed and updated, so that it can adapt to the needs of the population.

After Ricardo Valentim’s presentation, the researchers representing the seminar’s partner institutions had a morning of discussions, focusing on the development of the architecture of the auditing platform for the Unified Health System (SUS).

In the second moment of the meeting, the researchers spent the afternoon in a work meeting discussing the construction of the auditing platform, elaborating data treatment maps with the models of the projects developed by each partner.  The representative of the National Audit Department of SUS (DENASUS), Júlio César, put that “the architecture document is alive, it is updated by the technology in process, and the exchange between projects is important”. The LAIS researcher, Rodrigo Silva, also highlighted the need to request information from the Department of Informatics of the SUS (DATASUS) about the data trails, ensuring the reliability of the information, in order to cut the system models of each partner, and thus use them in the development process of the SUS audit platform.

The seminar is promoted by the Ministry of Health through the National Audit Department of SUS (DENASUS), in partnership with the Laboratory for Technological Innovation in Health (LAIS/UFRN), University of Brasília (UnB), Hospital Israelita Albert Einstein (HIAE), Palantir Technologies, Center for Research and Development in Telecommunications (CPQD) and SENAI/CIMATEC. The event continues until next Friday (25th).

International Seminar “No Syphilis” brings together researchers and aligns partnerships

Meeting promoted by LAIS / UFRN and CEIS20 / UC took place at the University of Coimbra between 27 and 28 January; researchers aligned next...