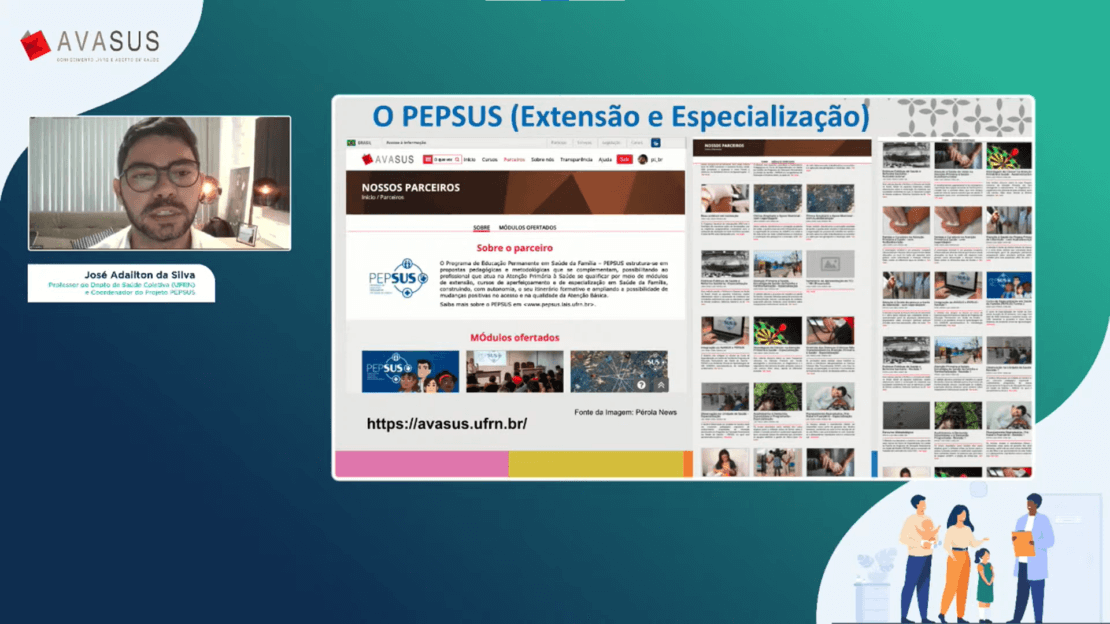 More than 300 doctors from nine Brazilian states form the sixth class of the Specialization Course in Family Health, promoted by the Permanent Education Program in Family Health (PEPSU), a joint initiative between the Ministry of Health and UFRN, through the Laboratory of Technological Innovation in Health (LAIS) and the Distance Education Secretariat (SEDIS). Implemented since 2016, the training has already indirectly impacted more than seven million people served by the Unified Health System (SUS).

The specialization is directed to the training of doctors who work in the Professional Provision programs (Mais Médicos/Médicos para o Brasil), with a focus on working for Family Health. In 360 hours, the activities are developed in the distance education modality, within the AVASUS platform, by means of a training itinerary with the capacity to give new meaning to the work process in the health services where the specializing students are inserted.

According to professor Ricardo Valentim, the PEPSUS has an important role in building agendas in public health, through technological mediation for human training, involving professionals who are in the territory, in direct connection with the demands of SUS. “Education is a tool for inducing public policies and system resilience,” he stressed.

UFRN’s Pro-Rector of Graduate Studies, Rubens Maribondo, also emphasized the importance of the work that has been developed through the training of family doctors and the partnership between the University and the Ministry of Health. “This joint work contributes to the growth of the country within the scope of the health professional. It is a chain, and each one does their part to improve the quality of life,” he concluded.

LAIS researchers participate in “Be Your Boss” event in Morocco

By Cintia da Hora During February 25  and March 1, researchers Rodrigo Silva and José Arilton, from the Laboratory of Technological...

By Gabriel Mascena In January, the researcher from the Laboratory of Technological Innovation in Health (LAIS) Carlos Alberto de Oliveira,...