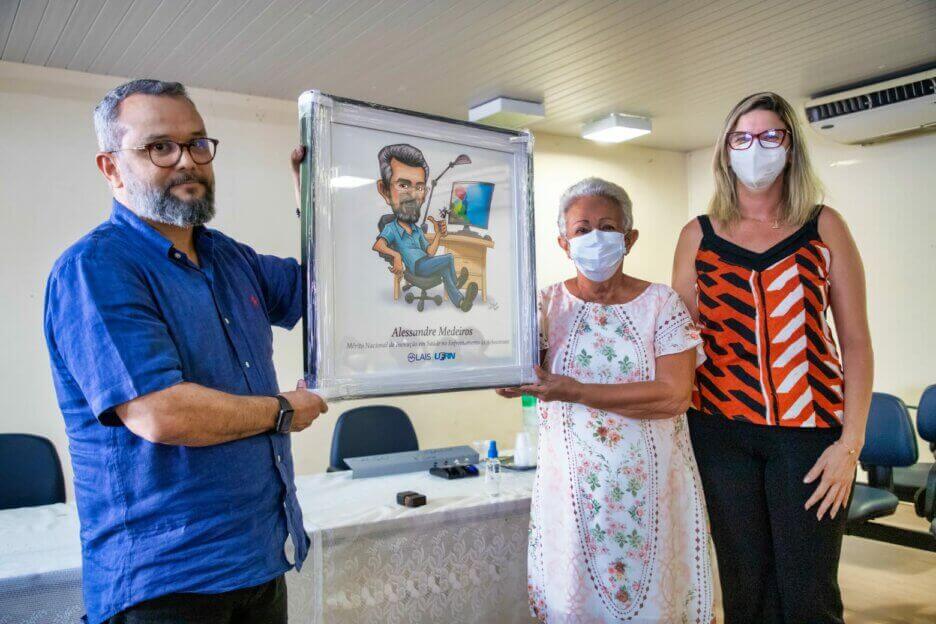 On the morning of today (14), a posthumous tribute was paid to Alessandre Medeiros, former head of the Zoonosis Control Center of Natal/RN, proposed by the executive director of the Laboratory for Technological Innovation in Health (LAIS/UFRN), Ricardo Valentim.

The delivery of an illustration, which portrays the honoree, took place in the auditorium of the Zoonosis Control Center. The intention was to honor the legacy left by Alessandre Medeiros, nationally, in the scenario of prevention and surveillance of arboviroses, such as dengue. The ceremony was attended by family members and former co-workers of the researcher. 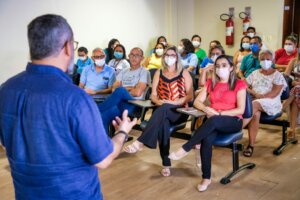 Alessandre Medeiros was a victim of cancer and died at the age of 49, in May 2021. For 30 years he worked in favor of public health, one of his greatest achievements were the traps for capturing the eggs of the mosquitoes that transmit dengue, zika and chikungunya viruses. In addition, he left a database with information from a four-year period of research on eggs, mosquitoes, hospitalizations, and dengue cases.

The international recognition came from an article published in a section of the scientific journal Nature, known as Scientific Reports, one year after his death. The publication was developed by LAIS researchers, based on data collected by Alessandre.

According to the executive director of LAIS, “this publication proves the effectiveness of the model developed by the zoonosis center, in Natal, led by Alessandre, as a public policy measure to be used statewide, nationally, and even internationally, in places that have similarities with arboviroses.”

During the event, Marluce Maria Nogueira de Medeiros, mother of the honored, reinforced the pride she feels in the scientific legacy left by her son and encouraged other researchers to continue working in favor of public health.

By Jordana Vieira - Ascom/LAIS On May 26 and 27, the Laboratory of Technological Innovation in Health (LAIS/UFRN) promoted the 1st...

Diabetes is a major global health problem, with more than 460 million people diagnosed with type 1 diabetes worldwide. In this perspective,...

By Valéria Credidio - Ascom/LAIS  Nearly 400,000 suspected cases of dengue fever were reported in Brazil in the first four months of...