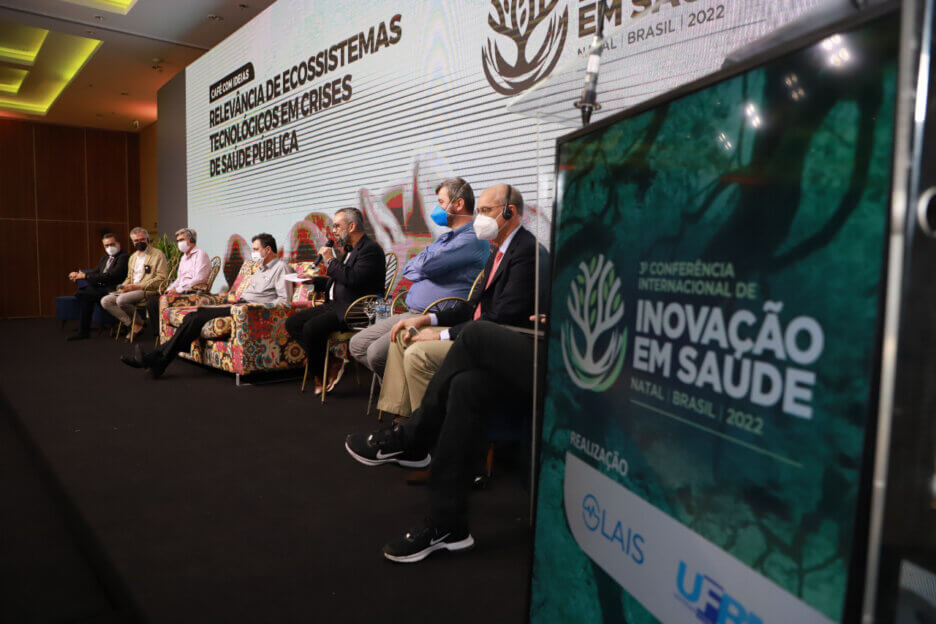 More than 16 thousand lives saved and 24 thousand beds regulated. These are some of the marks achieved by the assistance, monitoring and public management systems in the health area produced by the Technological Innovation in Health Laboratory of the Federal University of Rio Grande do Norte (LAIS/UFRN). Working to combat covid-19 in the state of RN, the Regula RN, Fiscaliza RN, Salus, and RN Mais Vacina platforms, among others, were the theme of the lecture and coffee with ideas Relevance of technological ecosystems in public health crises.

The debate was part of the second day of programming of the 3rd International Conference on Innovation in Health, promoted by LAIS, in Natal. LAIS executive director, professor Ricardo Valentim, was responsible for the initial explanation and for leading the debate, which included the participation of researchers from Brazil, the United States, Spain and Chile.

Before starting the debate with the invited researchers, Professor Ricardo Valentim spoke about the importance of turning data into information, to guide the public manager’s decision making. “We have never had access to so much data. But data is not enough. We need to transform this data into information,” reinforced the LAIS director. This transformation is the focus of technological ecosystems, allowing solutions to be found for existing problems in global health.

As an example, Valentim cited the work done by LAIS researchers during the pandemic, creating an ecosystem, with tools that are available to public managers. “The ecosystem has a range of information necessary to make the right decisions, with transparency and equity,” he stressed.

Coffee with ideas
After the lecture, those invited to the debate had the opportunity to present their experiences related to the central theme. Participating in the Café com Ideias were Cipriano Maia Vasconcelos, RN’s Secretary of Public Health; José Manuel Bautista, researcher from the Complutense University of Madrid (UCM); Nésio Fernandes Júnior, Secretary of State for Health in Espírito Santo and President of the National Council of Health Secretaries (CONASS); Giliate Cardoso Coelho Neto, researcher from the Paulista School of Medicine – Federal University of São Paulo (UNIFESP); Roberto Tapia Hidalgo, coordinator of the Technical Unit of Health Systems and Services and Human Capabilities for Health of the Pan American Health Organization (PAHO/WHO) in Brazil; Rifat Atun, professor of Global Health Systems at Harvard University, and Eduardo Barbosa Coelho, coordinator of Research Management and Technological Innovation in Health of the Brazilian Company of Hospital Services (Ebserh).

Each of the researchers presented some of their experiences, some of which occurred during the pandemic. Dr. Nésio Fernandes reported the research conducted in Espírito Santo, where half dose of the immunizer manufactured by AstraZeneca was administered. The result proved similar efficacy of the two applications, opening the possibility for a better administration of the vaccine. “The research was conducted by the Instituto Capixaba de Ensino, Pesquisa e Inovação em Saúde (ICEPi) and will be of paramount importance for future decisions.

For the Secretary of Health of RN, Cipriano Maia, the key in times of crisis is the institutional partnership, which results in quick and safe solutions. As an example, the secretary cited the construction of the Regula RN platform. “The demand for beds in greater Natal was intense, but with Regula, we had a real-time scenario of the situation and could scale the network.

Art: Maurício Oliveira Júnior More than 28 million Brazilians are over the age of 60. This represents about 13% of the population of...