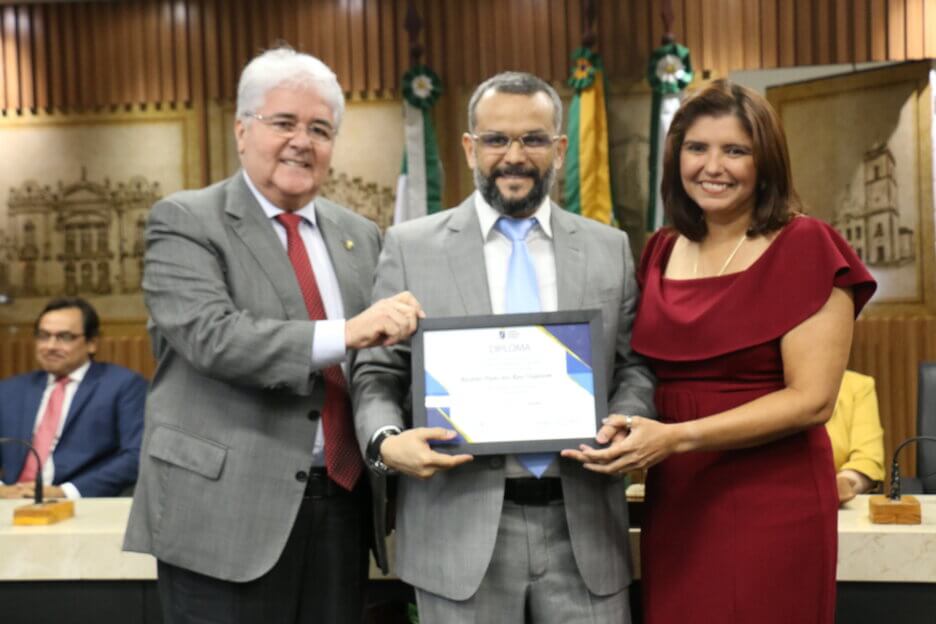 The coordinator of the Laboratory of Technological Innovation in Health of the Federal University of Rio Grande do Norte (LAIS / UFRN), professor Ricardo Valentim, was one of the honorees of the Natal City Council on Thursday (12), in a solemn session alluding to the Day. of Engineer and Architect and Urbanist Day. The ceremony, proposed by civil engineer and city councilor Natal Sueldo Medeiros (PHS), included professionals from the area who stood out for their work in favor of the potiguar capital and Rio Grande do Norte.

The night marked the recognition of teachers and professionals who work in the honored sectors of the night. The president of the Regional Council of Engineering and Agronomy of Rio Grando do Norte (CREA / RN), Ana Adalgisa Dias, highlighted the work of Professor Ricardo Valentim at the head of LAIS in the formation of new professionals.

“He (professor Ricardo Valentim) has the largest barn of engineers in the future of Rio Grande do Norte, which is LAIS. It is a health engineering barn, enabling people with disabilities to have a better life through technological equipment, ”she said.

Proponent of the session, Councilman Sueldo Medeiros spoke about the importance of actions to recognize professionals in the area. “I have the zeal to propose honors to people who have relevant services rendered to society, not only in Natal, but to RN and Brazil. Professor Valentim is a renowned professional, with a job that dignifies and justifies the honor, ”he said.

The LAIS coordinator spoke the tribute and reinforced the recognition of LAIS’s work given by the award.

By Jordana Vieira (Ascom/LAIS) On the morning of today (14), a posthumous tribute was paid to Alessandre Medeiros, former head of the...

The experiment was applied to the case of the interventions of the "Syphilis No" Project throughout Brazil Brazilian scientists have...