Social isolation is still the best way to fight Pandemic 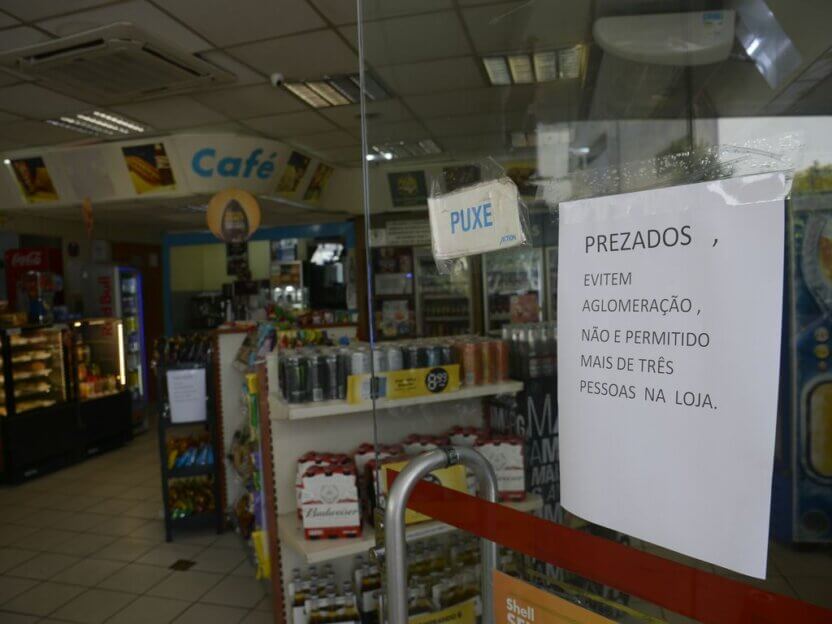 By Thays Teixeira, PhD in Media Studies from the Federal University of Rio Grande do Norte (UFRN)

Social isolation proves its efficiency, so much so that the initial prognoses pointed out in the dynamic mathematical models already present different scenarios, because attitudes are being taken.

We know that when a person heals from Covid-19 in the midst of the health crisis we are facing, it is a joy and reason to celebrate. This is certainly good news. However, we cannot consider the statistics around cures from the point of view of Public Health at this time. This is because care must be directed to those people who are hospitalized, who suffer and who die due to the disease.

The concern of health entities and researchers is to be able to maintain a balance and minimum conditions for care in the hospital network that will receive people who are infected and who show symptoms. It is these people who will actually need to use public health resources and it is important that they are not collapsed.

“The question of cured is only of importance. It is when this amount reaches 70% of the absolute population of the community, if they are really immunized, this will constitute a barrier for the epidemic to continue. This is what we call herd immunity. But we are still a long way from that, ”explains LAIS researcher and epidemiologist at the Federal University of Rio Grande do Norte (UFRN), Ion Andrade.

The researcher also stresses that it is not possible to analyze in isolation the number of people who are cured due to several factors that interfere in the analysis, such as lack of tests and underreporting. Many of those infected who did not develop symptoms could technically be considered cured. “This alone is worthless. In fact, all people who do not die will be cured ”, reiterates Andrade.

With the absence of vaccines or efficient treatment, the expectation of definitive control for Covid-19 is this formation of herd immunity. However, the epidemiologist warns that this immunity must be achieved by lengthening the epidemic curve (lengthening the contagion time), since the explosive curve threatens health services, causing collapse. This causes researchers, scientists and health professionals to defend the strategy of social isolation.

There are several mathematical models for the projection of the infected. Ion Andrade cites the model developed by the professor at the Physics Department at UFRN, José Dias, and highlights how the numbers vary according to the strategies adopted and reveal clues for understanding the reality of the disease where there is no mass testing.

“Professor José Dias’ model considers that each death projects a certain number of infected people. So they use this clue to find out how many contaminants could be in a given population according to the first death. The only way to have this data absolutely is mass testing, but this is not a reality in Brazil, ”says Andrade.

In those places or countries where mass testing exists (where all people in the community are tested regardless of whether they have symptoms or not), an appreciation of the contingent of the population that is actually infected or contaminated is possible.

As an action, at this moment, scientists defend the social control of the disease, the information of the population made with quality and the widening of the epidemic curve to avoid the collapse in public health.

Mathematical model for understanding Covid-19
The mathematical model presented by the astrophysicist and professor at the UFRN Physics Department, José Dias, explains possible scenarios about the behavior of the coronavirus in relation to the population density of Rio Grande do Norte and considers factors such as the number of deaths, public policy measures and behavior of the population with sanitary actions and social isolation.

These indicators show changes in the death prognosis curve, which reinforces the thesis that the existence of such actions, such as social isolation, to control the lethality of the disease and the non-collapse of the health system is vital. In the absence of mass testing, models are the only way to really understand the dynamic system that presents itself in the pandemic. The projections are updated as the disease behavior data changes.

“These models also present real evidence of the impact of social isolation on death and case growth curves. Therefore, without testing a large part of the population, mathematical models act as a compass, a flashlight that can brighten the future and the actions that have already been taken ”, comments Professor José Dias, in material published on his YouTube channel .

José Dias points out that it is vital to be careful when analyzing and disseminating the information contained in these models in order not to generate panic in the population. The researcher also stresses that they are mathematical and scientific resources to understand social scenarios in their dynamic relationships. “We need a little more time to understand the dynamics and help our state to go through this crisis, especially in explaining the importance of having social isolation and in a broader way to combat this misinformation that circulates through social networks, hindering public health actions ”, says the physicist.

He reinforces that the initial prognosis that was frightening and pessimistic has changed because part of the population has adhered to isolation and public health actions have been taken. “Brazil is not the country of inaction, there is a part of the population that understands what is the word of a doctor, of a scientist. We have people who are scientifically aware. And that makes a difference ”, he comments.

Healed people and volunteer work
The pandemic situation generates fear in part of the population. It is known that many people face many different difficulties in order to maintain their livelihoods due to the necessary isolation. At that moment, solidarity actions make the difference.

There is a possibility that people who get cured will become immune to the virus, as in other viruses. If this really happens, solidarity can be a way forward.
In some places, these people, after the restoration of immunity, are being invited to work in voluntary work, as support for the sick and in places where human resources are needed that will no longer get sick or have less risk. Being cured does not mean that the epidemic, which Covid-19, is behind. “It could mean that that person has changed roles. It can play a more active role in the solidarity that needs to happen ”, reinforces the infectologist Ion Andrade.

By Letícia Meira - Ascom/LAIS In order to understand the challenges of the neediest class in basic health care and seek solutions for a...

Science and pandemic: in crisis scenarios, aligning knowledge is paramount

Crisis scenarios like this of the new coronavirus pandemic are important for us to understand the importance of science in our daily lives....

By Valéria Credidio - LAIS Communications Office More than 177,000 people enrolled in the “Syphilis and Other Sexually Transmitted...