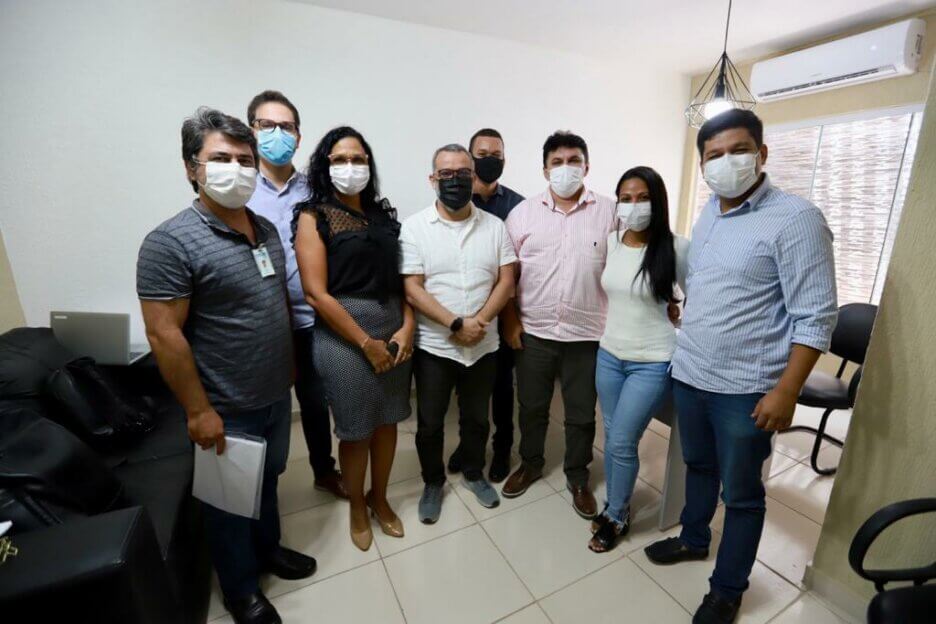 Researchers from the Technological Innovation in Health Laboratory of the Federal University of Rio Grande do Norte (LAIS/UFRN) met last March 10, with Jalmir Simões, health secretary of the municipality of São Gonçalo do Amarante, in the metropolitan area of Natal. The objective of the meeting was the alignment of activities for the implementation of the Salus system, to monitor syphilis cases in the city of Greater Natal.

LAIS was represented at the meeting by the laboratory’s executive director, Ricardo Valentim, and the researchers responsible for the management of the system in question. In addition to the SGA health minister, the meeting was also attended by managers who work in primary care and epidemiological surveillance of the municipality.

During the meeting, LAIS researcher Fernando Lucas was responsible for presenting the platform and its features. He highlighted in his speech the possibility to follow the patient’s entire evolution within the health system, from the moment the diagnosis is made.

According to the laboratory coordinator, the partnership marks another important joint action with the municipality of SGA. “São Gonçalo do Amarante has been a strategic partner, as we have implemented many of our system updates together with this municipality. Salus will be a gain for the city’s public health, since it will bring greater control to the processes developed for monitoring patients with syphilis, enabling more appropriate treatment within the municipal network,” said Valentim.

By Jordana Vieira - Ascom/LAIS On May 26 and 27, the Laboratory of Technological Innovation in Health (LAIS/UFRN) promoted the 1st...

Multidisciplinary meeting discusses the use of technology in health, at Natal

1ª International Conference on Technological Innovation in Health from LAIS brings together European and Brazilian researches to...

By Gabriel Mascena and Letícia Meira - Ascom LAIS Between June 16th and 18th, researchers from the Technological Innovation in Health...