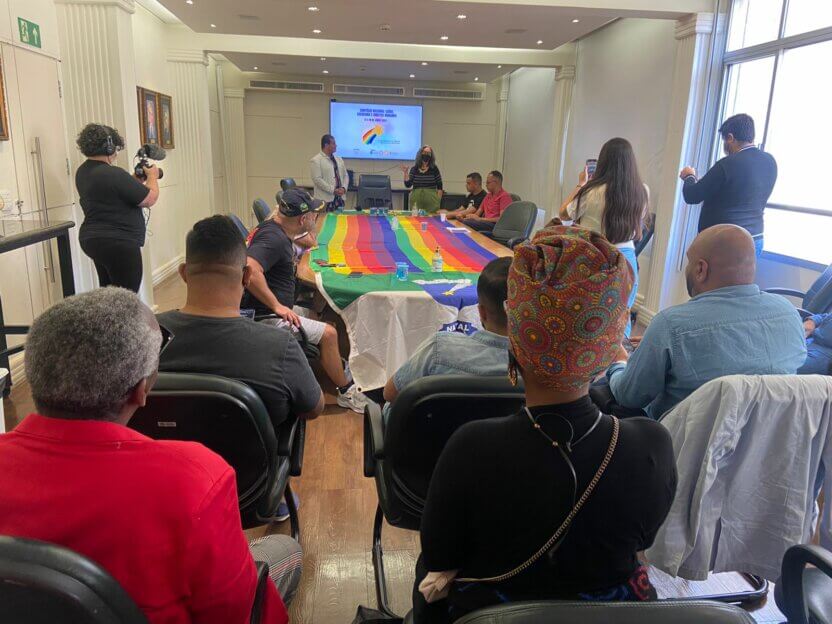 A round of conversation promoted on Friday afternoon allowed the dialogue between several opinion leaders of the gay community in Brazil and researchers from the Laboratory for Technological Innovation in Health (LAIS / UFRN). The exchange of experience occurred within the programming of the National Symposium “Health, Citizenship and Human Rights”, promoted by the Gay Network of Brazil.

The program was opened with the lecture “Prevention and confrontation to syphilis: we need to talk about it”, given by journalist Valéria Credidio. In her speech, the researcher talked about the construction trajectory of the “Syphilis No” Project, the actions that have been put into practice, and the results already achieved.

After the presentation, a dialogue was opened among the participants, who emphasized the importance of actions such as the project for the prevention of syphilis. And they pointed out the need for a constant work in the qualification of health professionals and the work directed to education. “The work done by LAIS has been fundamental for the gay movement in Brazil, in the promotion of actions to confront syphilis”, said the president of Rede Gay Brasil, Fábio de Jesus.

By Valéria Credidio - Ascom LAIS More than 170 thousand people, all over Brazil, are qualified as to the knowledge regarding syphilis,...

By Jordana Vieira - Ascom/LAIS The second day of the 3rd International Conference on Health Innovation, which has as its guiding theme...